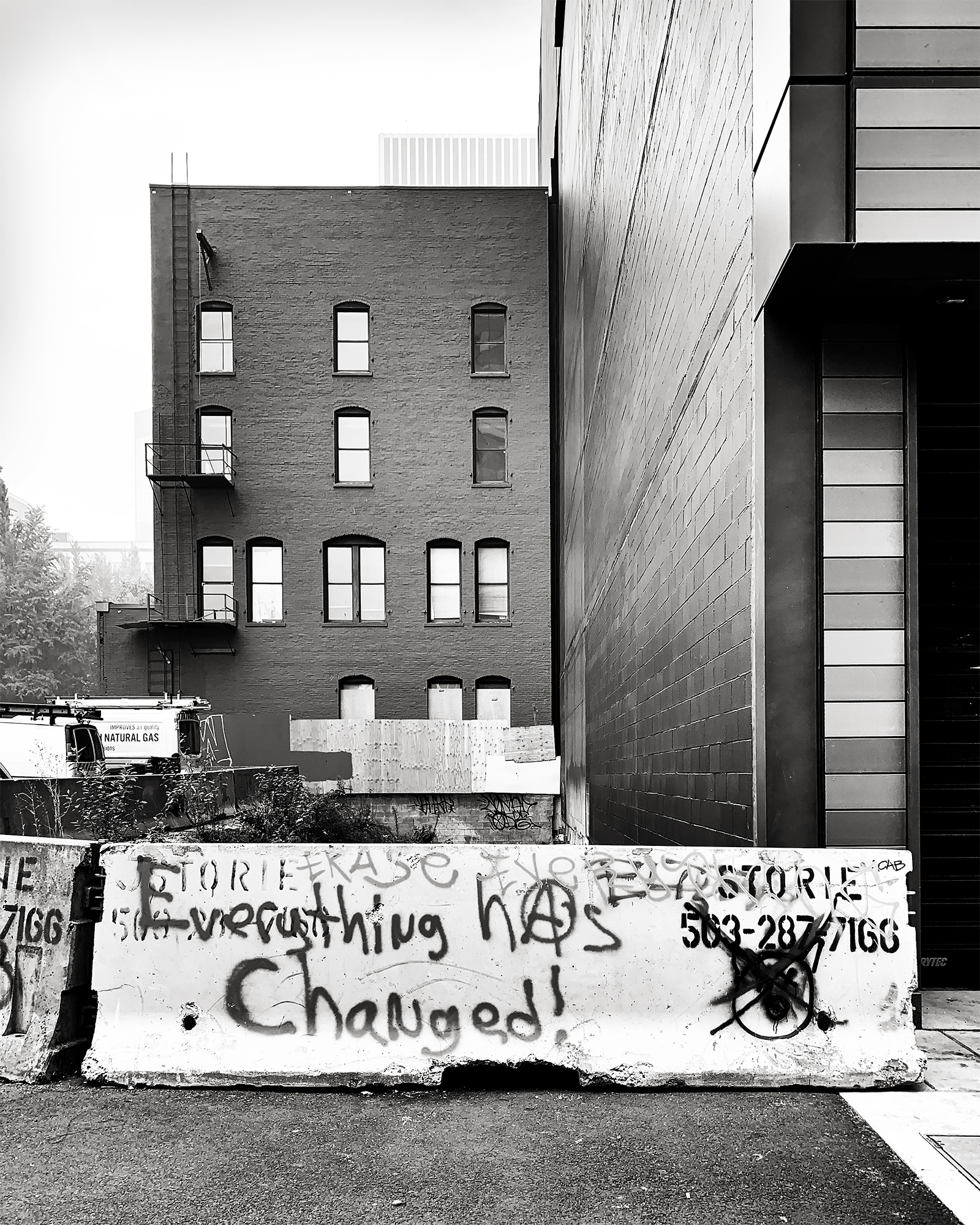 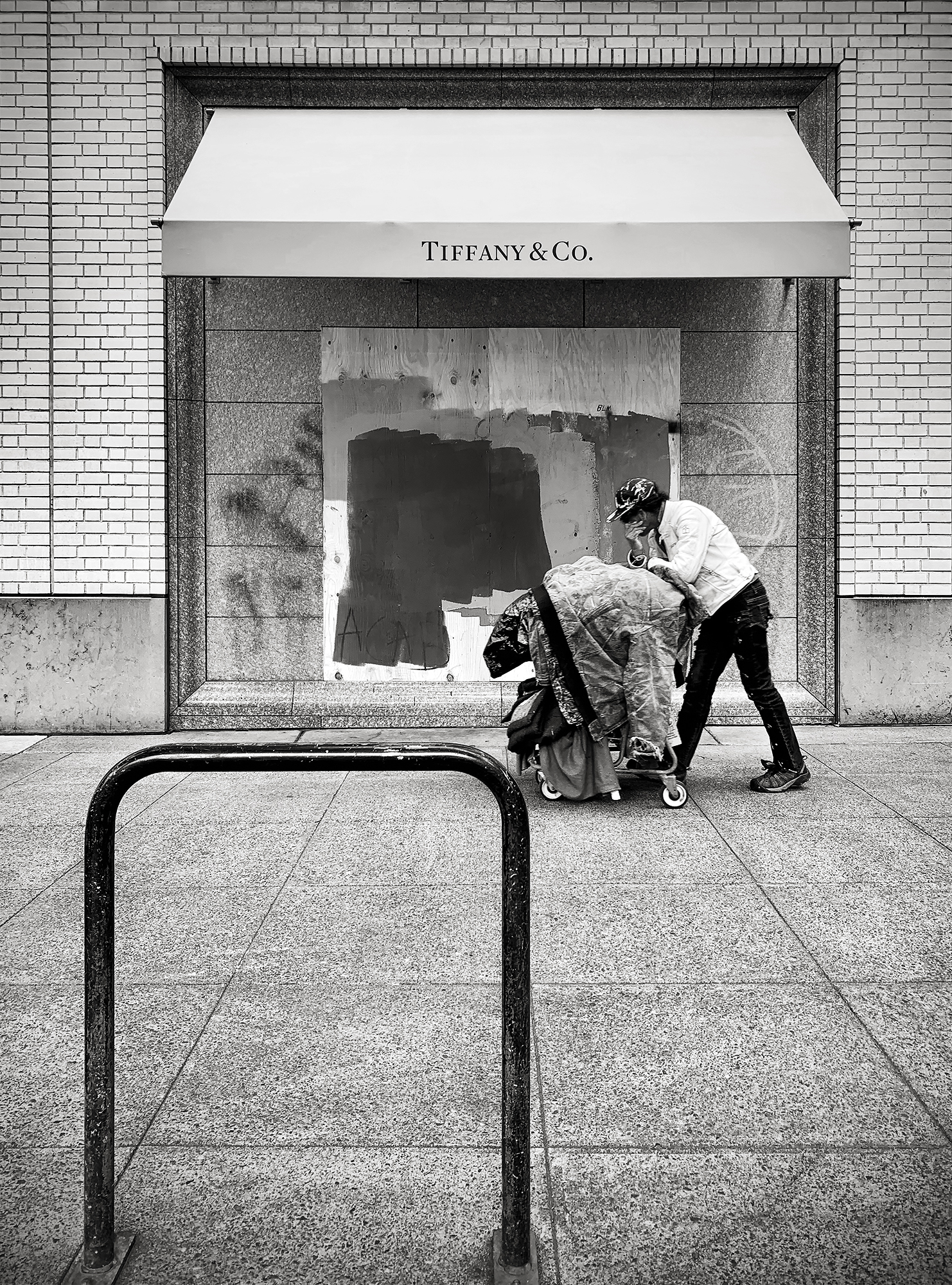 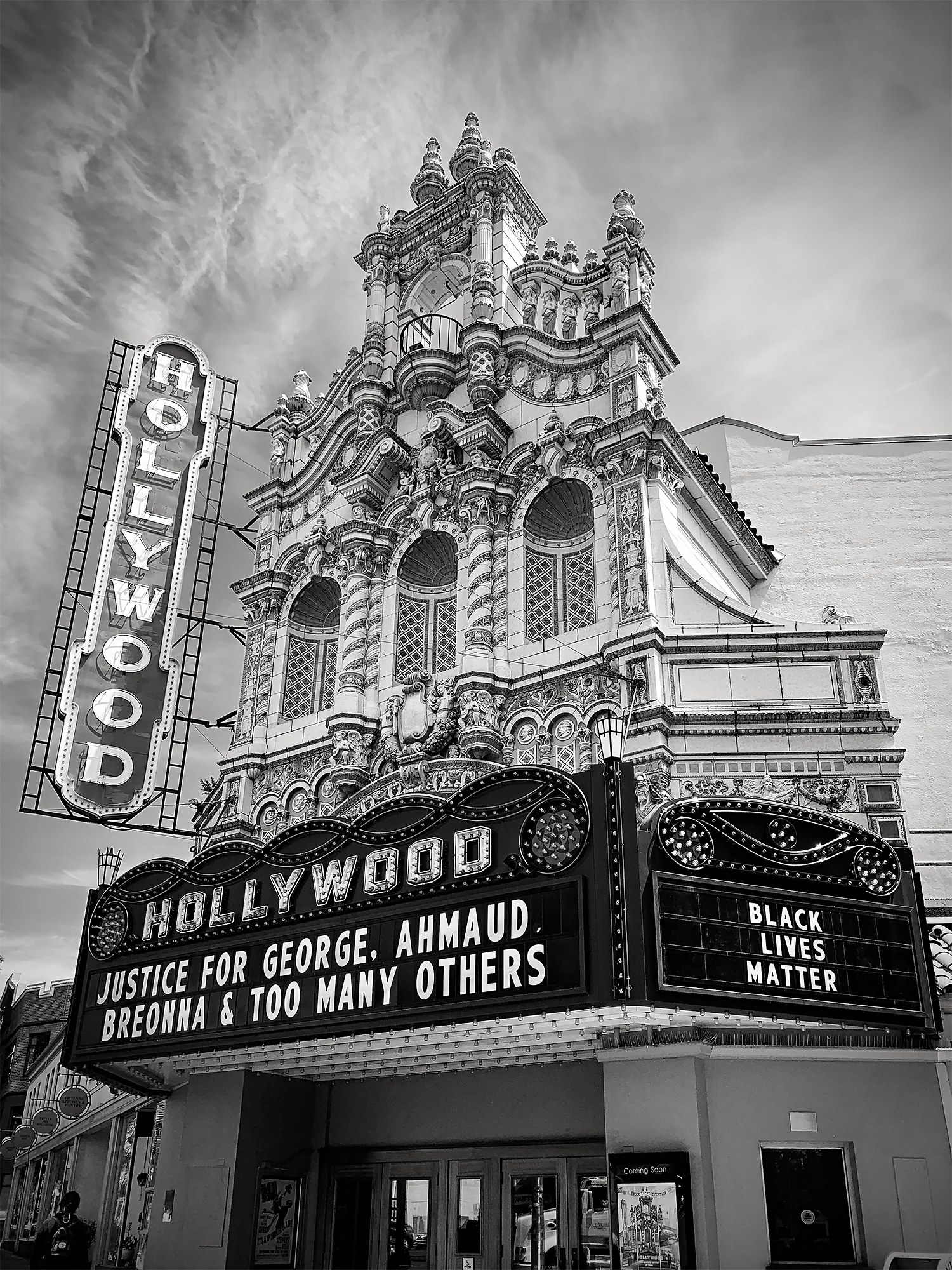 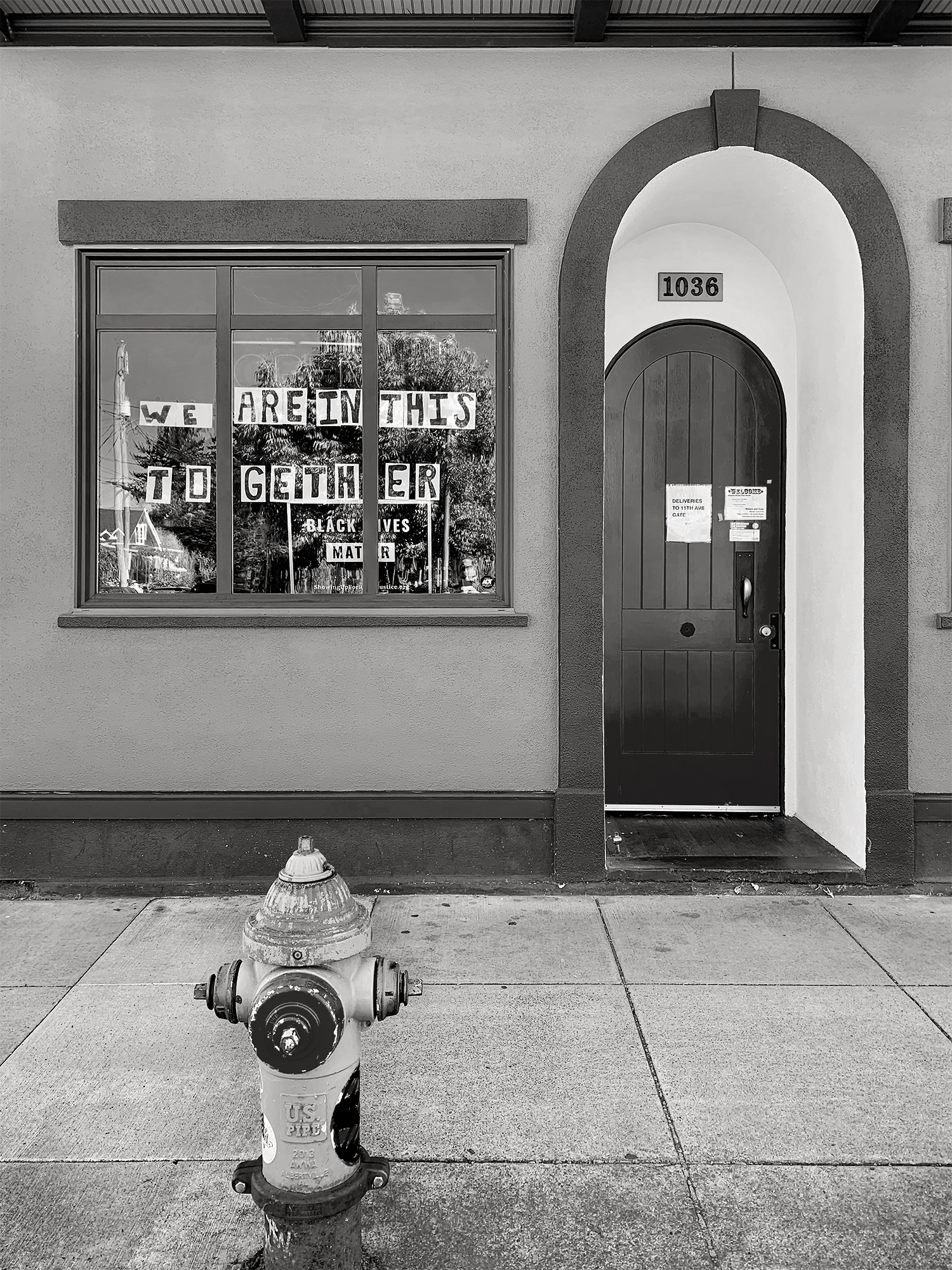 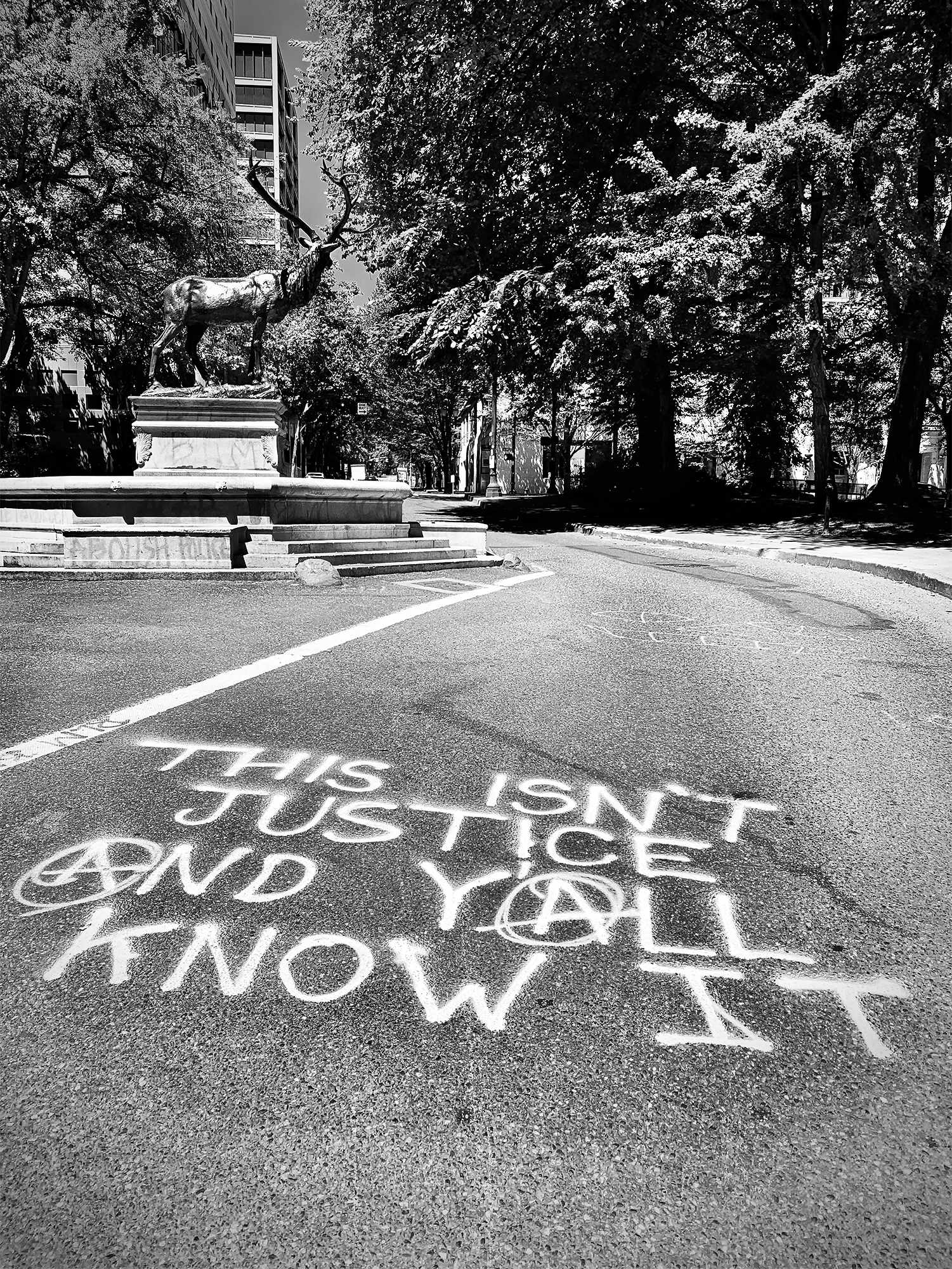 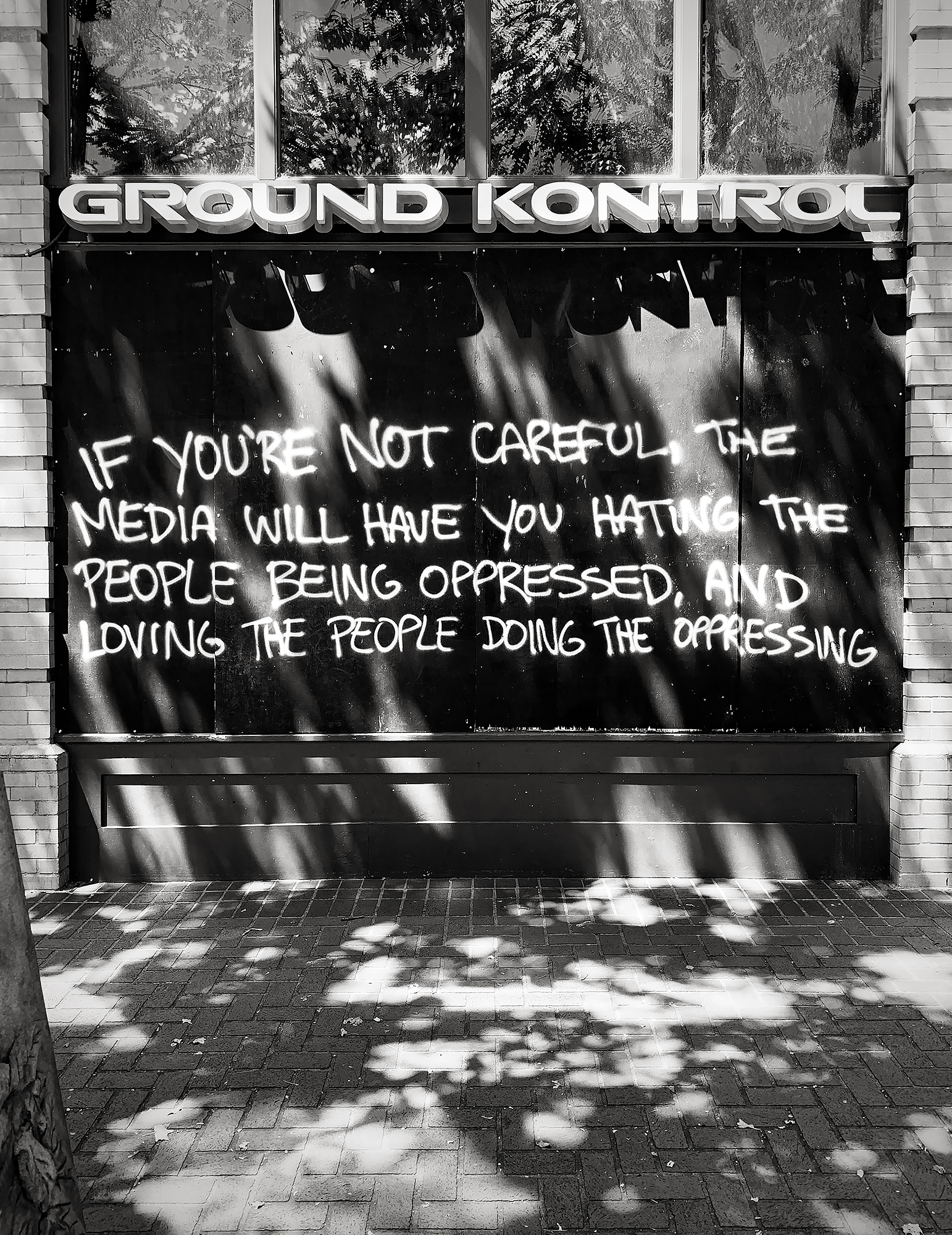 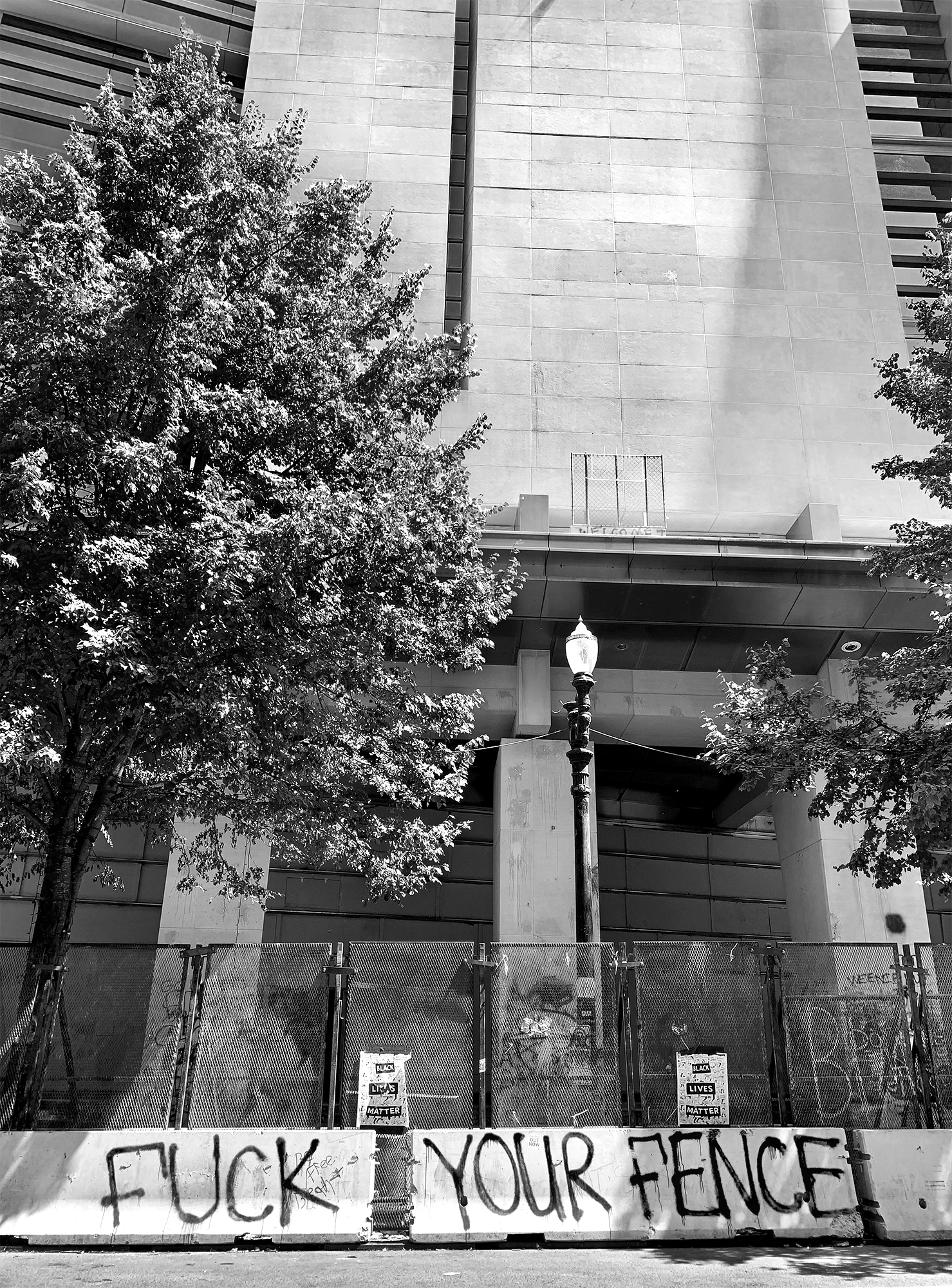 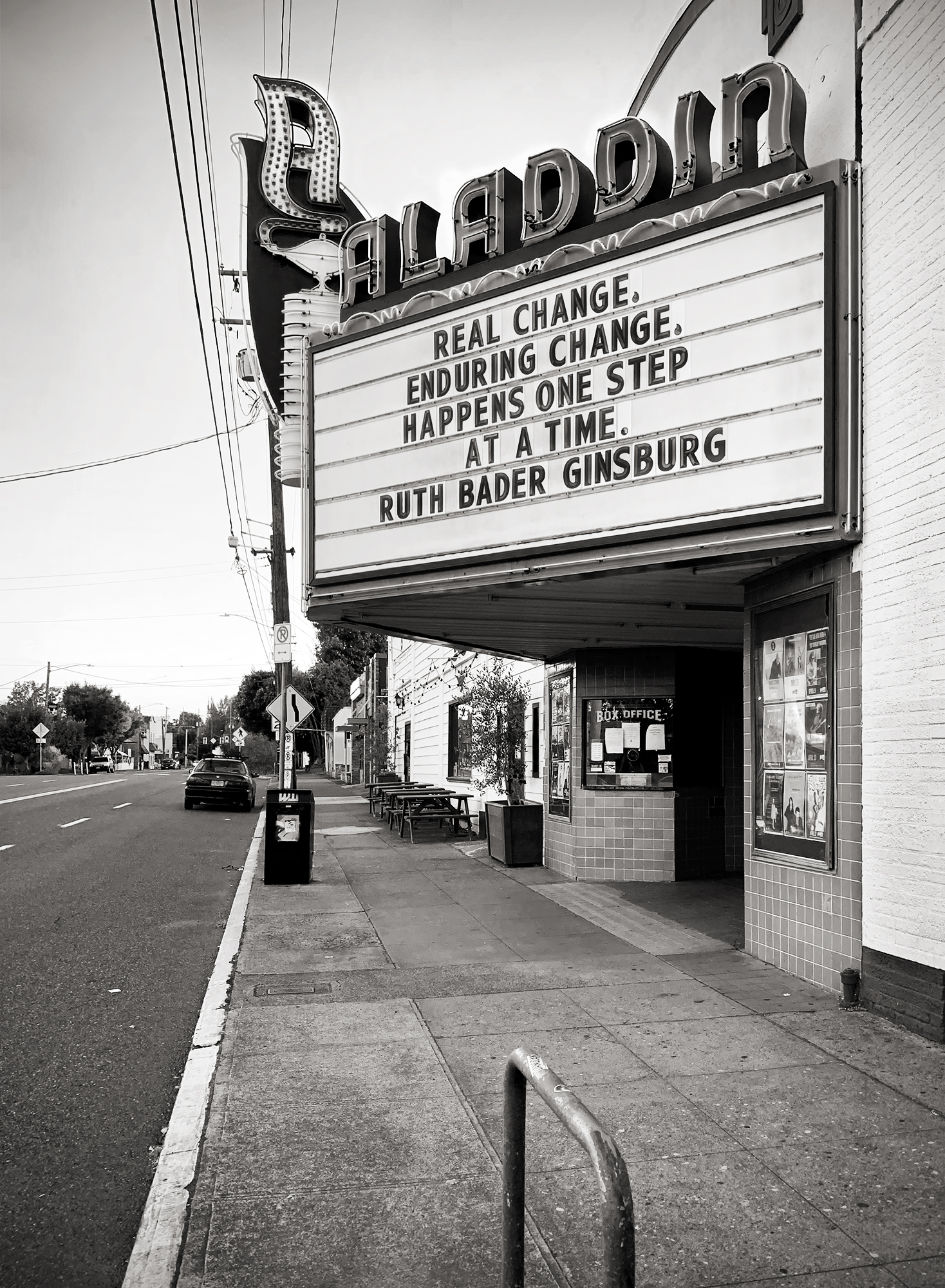 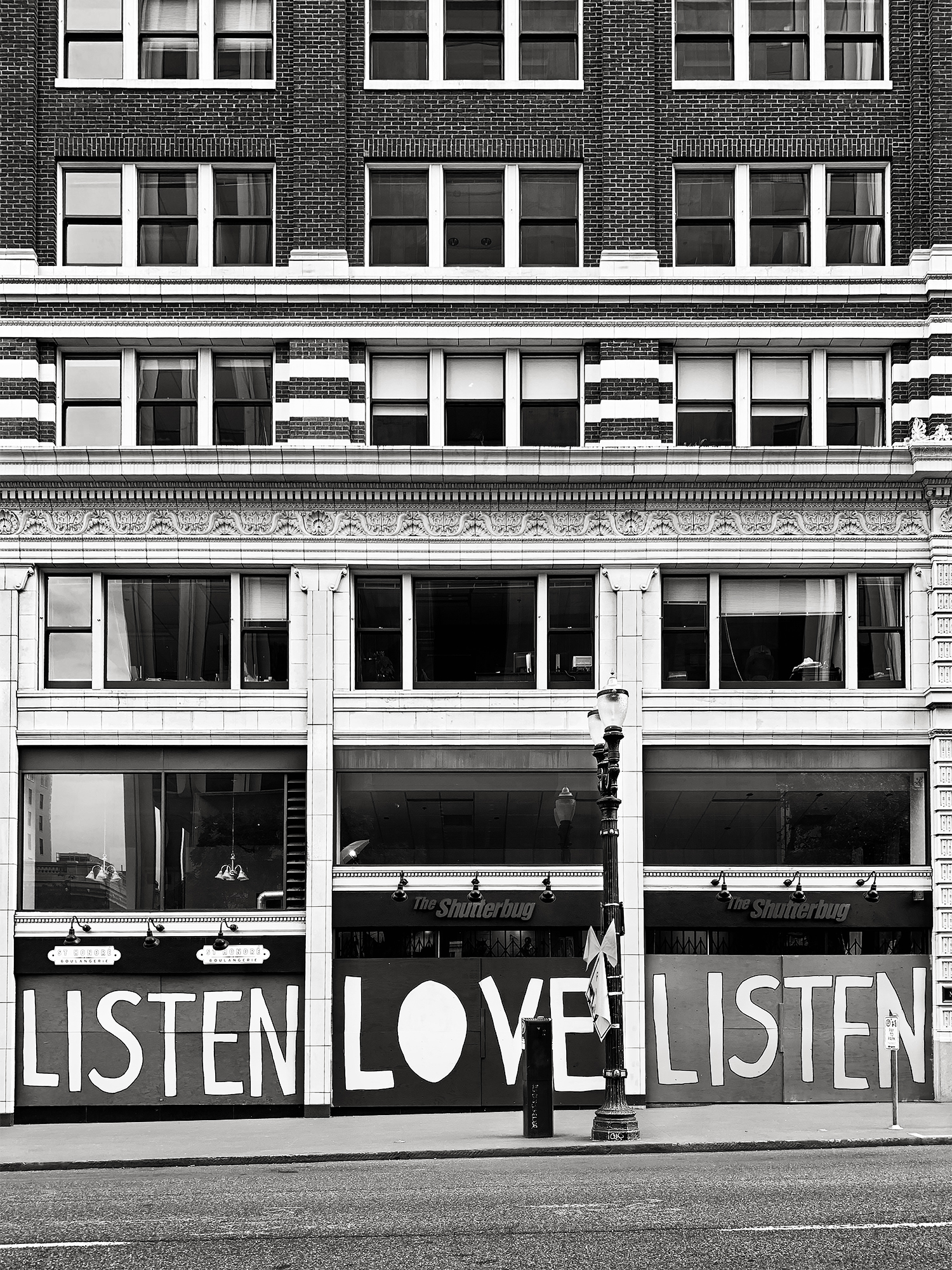 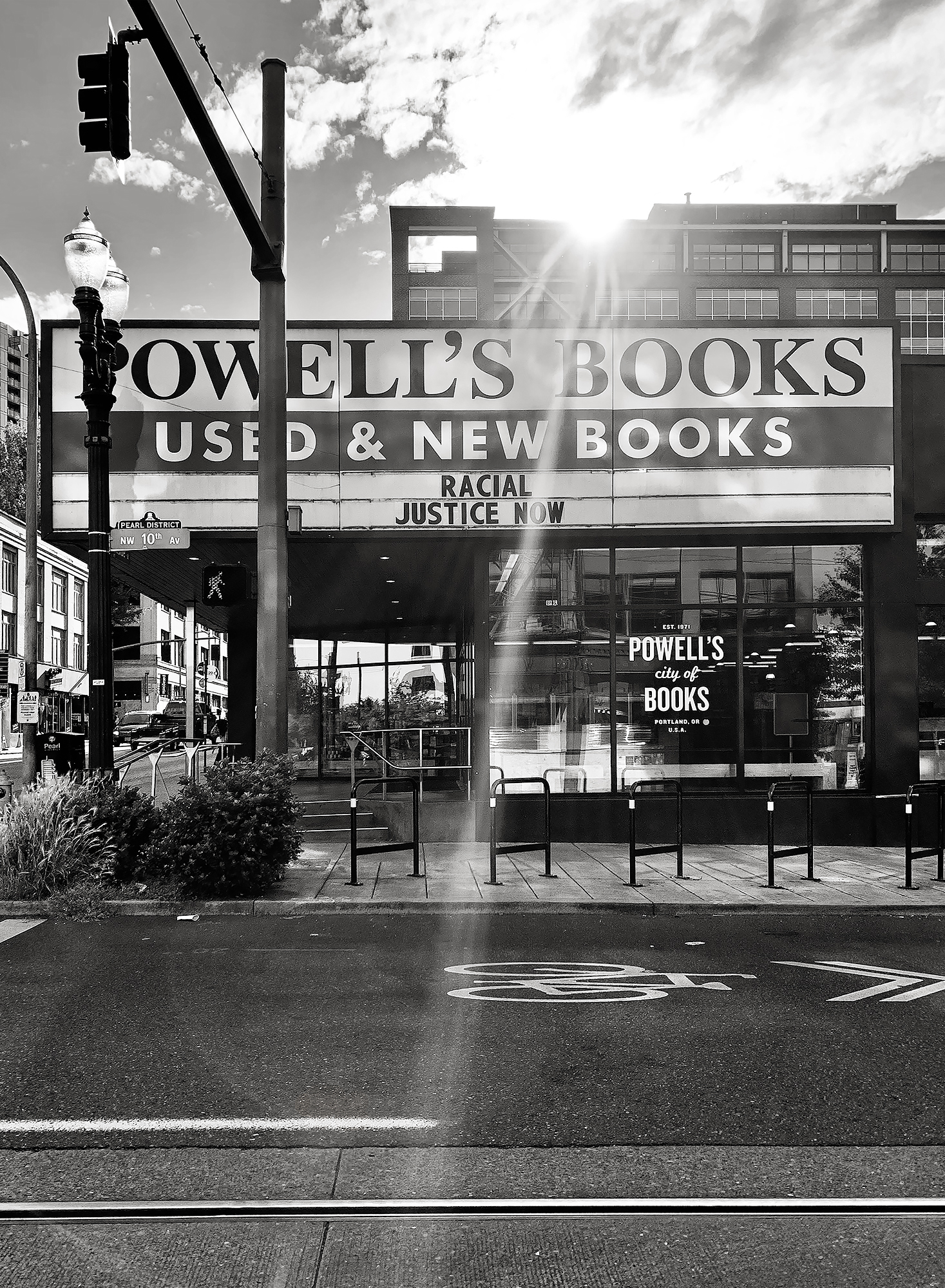 Obviously, 2020 was a historical year for many reasons, but Portland, Oregon was in the national news more than usual due to many months of Black Lives Matter protests. Understandably, the photography used in the news and social media was comprised of individual protesters out on marches and in the streets, but I saw it all from a different angle. As an urban landscape photographer, I am always focused on architectural forms so I was fascinated with the complexities and constant change of the built environment during this time. I was enthralled by how often the facade of the city — its buildings, boarded windows, doors, and signage — were changing daily due to the pandemic then it increased twofold as the protests started. Between June 2020-November 2020, I walked around much of Portland at regular intervals taking photos of the murals, signs, messages, and graffiti that were being rotated in and out of existence. They would appear, then get covered, and immediately new messages reappear. So many people wanted to express different messages imprinted onto buildings, sidewalks, and roads. They showed a dramatic mix of anger, injustice, hate, hope, support, and love — a spectrum of emotions. I have never seen such visible, long-lasting, outward expression in response to a national or local event. There was a lot of controversy about the protests, but for me, through all the complexity, it was clear a revolution was happening. I was compelled to document what I witnessed. Also, it was clear it was my time to take it all in…the news, articles, books, posts, talks, interviews…and including the messages on the walls…and just listen and learn.